One third of households are prepared to produce energy 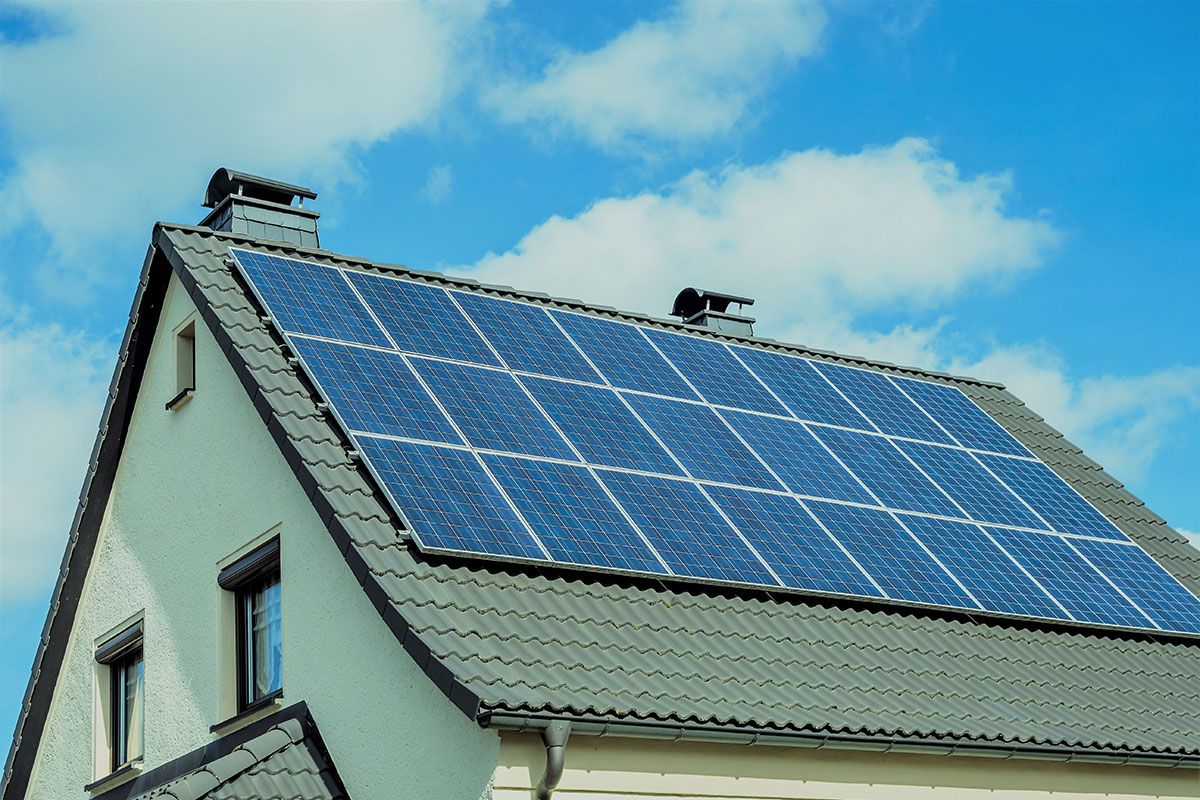 Although solar is not yet a sufficiently popular energy source in Latvia, the interest of households in solar energy is growing rapidly. Data summarised by Enefit clearly show that the number of households producing their own energy has doubled in the past three years. This year’s survey demonstrated that 30% of Latvian consumers were considering installation of solar energy solutions in their homes. .

At the end of last year, 474 households held the status of energy producer, and most of them (94%) used solar panels for energy generation. In comparison, in 2015 only 233 households had energy-producing equipment installed.

Head of the Enefit Household Segment Mārtiņš Vancāns explains that people's interest in energy production is a result of growing electricity costs in recent years and improved availability of green energy solutions: ‘We’re now seeing that solar energy can become the most widespread solution for the reduction of power and heating costs in our households, as wind energy is unlikely to gain the same popularity. Current technological developments make solar panel installation simple, reduce costs significantly and promise a shorter payback period. In addition, often the understanding that, by making long-term investments in the development of their homes, people can use an environmentally-friendly solution becomes the decisive factor.’

In Enefit’s experience, households choose 3 to 12 kW solar panels, which are sufficient to cover a single household’s consumption. At the same time, when more energy is produced than is consumed during the day, the surplus can be sold at the current market price. In practice, this usually means a 50% lower electricity bill because, in addition to the amount of electrical energy needed, distribution related Sadales Tīkls payments and taxes are also reduced. Thus, the solar panel payback period for a whole system, depending on its installed power and consumption, is between eight and ten years.

‘Our neighbours in Estonia already have more experience with solar energy, and there are more than 1,600 solar power stations, most of which are installed on the roofs of buildings. Practice shows that modern panels have a much higher efficiency and work well at our latitude, too. By implementing various programmes to promote the installation of solar panels, Estonia plans to achieve a solar energy share of 4-6% of the total green energy produced in the country in the coming years,’ said Mārtiņš Vancāns.

This year the number of households in Latvia choosing to produce their own energy is also growing. Enefit receives about 70 requests for solar panel installation every month. This shows a clear trend for the coming years that consumers’ flexibility and ability to use the most efficient solutions for both energy production and consumption will shape households’ opportunities to optimise their costs.

It is expected that in future solar panel owners will also be able to enjoy various privileges in order to boost the use of this energy source. One of the possible benefits is exemption from property tax, while there are also plans to exempt solar energy users from the mandatory procurement component of payments for energy received by particular households from the electrical grid.